Cause our environment and our knowledge always feed our mind…
Here’s a list of what I consider to be the creations and references that influenced my author’s mind.
Chronoctis Express is a story I created basing on a dream I did on Monday, April 27th 2009 (it’s useful to note our dreams :P). In my dream, the deceased received a ticket for the train of death when they died. Someone very close to me received it, and I spent the rest of the dream trying to find a solution to take their place… until the train’s departure, and I was forced to let them go.
The train of dead people

We can see the concept of “haunted” train (or subway), mysterious, transforming the people in spirits or transporting the dead, in a lot of stories.
Personally, I think especially of the Final Fantasy video games where trains transporting the dead appear (in FF6 in particular, and FF8 for an invocation called “Helltrain”, or “Doomtrain”)

Although they’re not important elements in these games, the idea deeply affected me, especially because I love trains and they fascinate me since a long time ago.

Finally, I spent several years taking the train over long distances, and I continue to favor this transport.
When I took the train to Belgium to live there for a year, far from home in the South of France, I started to think that … the train that took me on this unknown land was the intermediary between my past life – reassuring and positive – and my future that was damn scary ^^
During that period, when I regularly spent the whole day on the rails, I wrote many fictional stories on a train. And it was at that time that I had a dream about a train of death.
As a worshipper of this type of transport, I promised to me to do someday a comic with a steam train (because steam trains are hypra styled, it must be admitted: P ) So when I woke up, I write all the elements of the dream in detail, and later I made the first version of Chronoctis Express, into a one-shot of 32 pages.

A stringed instrument, guardian dogs of the underworld … and a young man in love who refuses to see his beloved leave … Does that tell you anything? Yes… ? : P 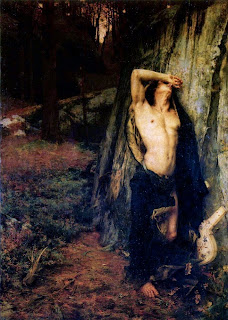 Chronoctis Express is a free adaptation of the story of Orpheus. It borrows its symbols and re-adapts it to its sauce.
Mythological tales inspire many artists throughout the world. I myself was initiated to these stories very young. And the heroic actions of Orpheus particularly pleased me.
Well, I had withdrawn the end of the story from my memory (because it’s damn depressing ^ ^ ‘), but what interests me above all … is that a living man managed to go above all the laws thanks to his talent and sensitivity, so that even his adversaries admired his courage and felt compassion for him.

About Chronoctis Express … as I said, it’s a totally free adaptation: I use the concept and the symbols. Then how will the story will evolve …? It will be surprise: P

The masters of narration

Because we always have authors we admire, these are the ones that push me to give the best on the narration of Chronoctis Express :

Naoki Urasawa : author of Billy Bat ; 20th Century Boys ; Pluto ; etc…
For his ability to master narrative, suspense at its climax, conspiracies … and to make a story-board like the best movies.
Yuki Midorikawa : author of Natsume Yuujinshou.
For the poetry she is able to transmit through her layout, for the strong emotions, at the same time melancholic, soothing or oppressive … and this is always through the eyes of the hero who evolves during the story.
Takehiko Inoue : author of Vagabond
For the beauty of his pages, this way of transcribing the thoughts and emotions the hero feels through the saber path … and life in general. It is extremely poignant, sometimes disturbing and violent … but the author knows how to relax the atmosphere from time to time with a very pleasant humour ^^
Hiromu Arakawa : author of Full Metal Alchemist
For hes complex and well-constructed scenario, the reversals of the situation, the charisma of the characters … and above all: this incredible work that has been done on all the secondary characters, all of them have their own lives, their goals, their interests … It gives to this story a realistic and profound dimension.
2017-08-12

Comments are closed, but trackbacks and pingbacks are open. 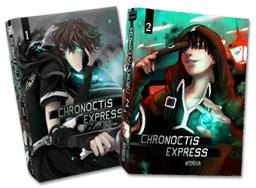